New features are as follows:

There are supported sections stored in separate files (an argument :file has been introduced). That facility may be useful for boot generation. 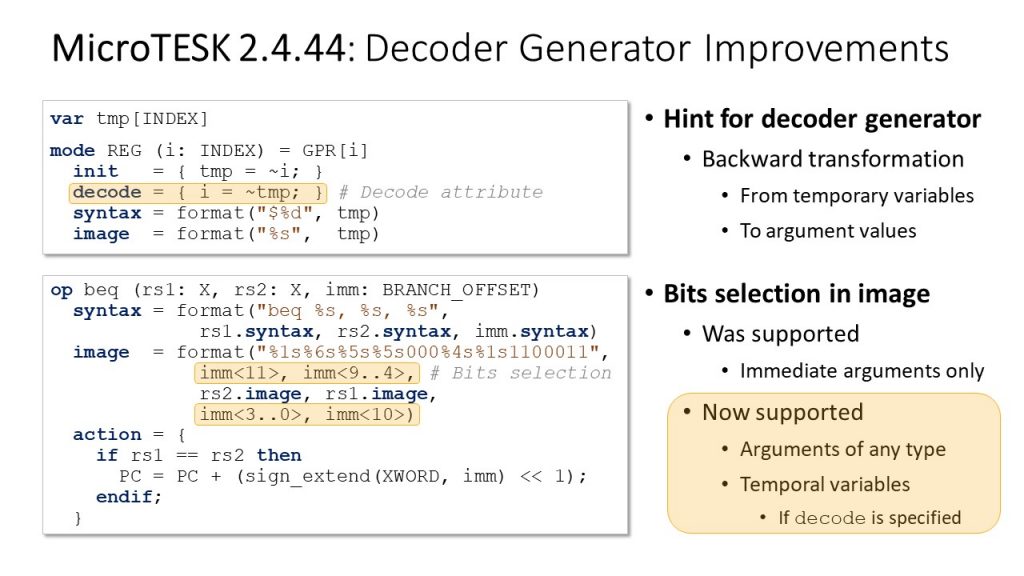 MicroTESK 2.4.44 can be downloaded from here.