We made several presentations including one related to MicroTESK:

A. Tatarnikov. An Approach to Instruction Stream Generation for Functional Verification of Microprocessor Designs.

The main target of the EWDTS is to exchange experiences between scientists and technologies from Eastern and Western Europe, as well as North America and other parts of the world, in the field of design, design automation and test of electronic circuits and systems. The symposium is typically held in countries around East Europe, the Black Sea, the Balkans and Central Asia region. 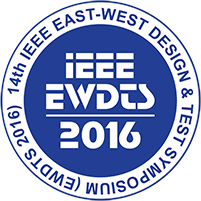